No beverages without water


According to the United Nations, water consumption has been rising by about one percent annually since the 1980s. This rise is fueled in part by growing populations, socioeconomic development and changing consumption habits. Water demand around the world is expected to continue rising at this level until 2050 – an increase of 20 to 30 percent above today’s consumption levels.

Today, more than two billion people live in countries that are experiencing high water stress and water scarcity. About four billion people struggle with severe water scarcity for a period of at least one month every year. Given the growing demand for water and the increasing impact of climate change, the United Nations expects the stress level to continue to rise. For this reason, water supplies and management have become increasingly important issues for the brewing, beverage and liquid food industries.

The World Resources Institute and the Future Directions International Pty Ltd. have identified the areas that will run short of water in 2040 and 2050. Water will become a particularly precious resource in Asia: The study found that 14 of the 33 countries that would experience severe water scarcity in the future are in the Middle East. The countries that are considered to be particularly vulnerable are Bahrain, Kuwait, Qatar, the United Arab Emirates and Israel. Other threatened regions include northwestern China, northern and eastern India, Turkey, Syria, Iran and Iraq. In Europe, water is expected to become a scarce resource in Spain and Greece. The northern section of Africa is projected to suffer from water shortages as well. In South America, Chile and Peru are particularly vulnerable. Water is also expected to become scarce in North America. The U.S. state of California has already shown how uncertain access to sufficient amounts of water can be. In Australia, forest fires have resulted from continuing periods of drought during summer months. Many islands in Oceania lack drinking water due to climate change. Frequent flooding has contaminated water supplies there as well.

But the researchers also said some regions in the northern parts of North America, Eurasia and India would be able to draw on increased water reserves during the forecast period thanks to climate change. These rising levels can be attributed to increasing rainfall as well as melting glaciers and polar caps, among other reasons.

These trends are fundamental to the global brewing and beverage industries – water is, after all, their most important ingredient. In beverage production, water also performs many other important functions such as processing, cleaning and providing energy. For this reason, water must be reasonably and sparingly used in all process steps.

In December 2018, the Beverage Industry Environmental Roundtable (BIER) issued a study that covered the resource use levels for beer, mineral water, wine, spirits and carbonated soft drinks. The study collected and analyzed the consumption levels of nearly 2,000 companies around the world. The results of the study for the water-product ratio are shown in table one. One clear finding is the dependence based on company size. Table two shows this in terms of beer brewing.

As a result of future conditions, supplies are expected to fall while demand and consumption rise. For this reason, beverage and liquid food producers will have to comprehensively examine their use of water. There are many good reasons for them to do so: First, every liter of water and wastewater generates costs, which are expected to rise. Second, global players are working to create standardized production – designing processes with water use in mind. Third, new sources must be searched for and developed in response to water scarcity and the need to protect deep water. Fourth, water is an aspect of corporate social responsibility. And, last but not least, the careful use of resources has affected consumers’ purchasing behavior and approval processes for new and expansion investments for a long time, as a recent example from Mexico shows: Following a referendum of residents in the city of Mexicali, a brewing operation that is owned by the U.S. company Constellation Brands and is 65 percent complete, was prohibited from going into operation. A total of 76.1 percent of voters spoke out against the start of production because the brewery could draw off water that the arid region so desperately needs.

At the same time, demands for residual-free water, for bottled water, brewing water, mixing water and dilution water are growing. No undesired substances may be found by state-of-the-art analytical systems, regardless of the source of the water. It is a tremendous challenge in times when even the groundwater can contain residual amounts of medication, herbicides like atrazine and the ever-present nitrates. New or stricter thresholds like those that cover uranium, bromate and perfluorinated compounds are being introduced as well.

The demand for “residual free” is increasingly being met through technologies such as membrane-separation processes based on ultra- or nano-filtration and reverse osmosis. In these processes, all substances are almost quantitatively separated and then brought to the desired quality level with high purity salts or blending water in accordance with technological or internal company guidelines.

Other technologies like ion exchangers or lime precipitation continue to serve their purpose as well. An exchanger is an appropriate way to remove individual ions like nitrate or uranium. Lime precipitation is a very low-cost method for the appropriate raw water composition and produces very little wastewater. Lime is also a product of nature. For this reason, lime precipitation can be an attractive alternative for companies that must meet tough organic guidelines or for tradition-conscious craft brewers. Selective adsorbers that can be used to systematically remove arsenic are another option, too.

Let’s turn now to membrane processes: They are increasingly seen as a solution in other usage areas. This includes the protection of organic water quality in addition to wastewater treatment or water degassing. After all, the use of chlorination – an important and necessary step in many regions – can produce byproducts, and ozonization converts bromide into bromate. The corresponding threshold in the EU is 0.010 mg/l. But many international companies apply even tougher quality standards. This is where ultra-filtration with its log rate of six comes into play. This reduces germ levels by 99.9999 percent in treated water. Afterward, no additional sterilization work by producers is necessary or they only have to treat the headspace of the bottle with ozone. The threat of bromate formulation is also reduced.

In principle, there are two practical ways to recycle water: In the first approach, water is collected in a pH- or impurity-based manner and reused in comparable areas. The second approach is the end-of-pipe solution. All wastewater is centrally collected and is anaerobically cleansed. The biogas created in the process can be used to meet 20 to 30 percent of a brewery’s energy needs. Another possibility would be a downstream zero liquid discharge step in which about 95 percent of wastewater can be returned to an operation.

Theoretically, the final volume produced by the zero liquid discharge step could be treated until it reached process water quality. As purified process water, it could replace some of the drinking water used in widely established brewing processes. Like the use of rainwater in households, brewers would need a separate process water network for this step. A new facility would certainly have more space for such a system than an existing building would. This option also leaves one general problem unsolved: If the frequency of water use rises, the electricity consumed as part of processing and transport will increase, too.

On the way to a brewing utopia

A working group on water technology in the department of Food Chemistry and Molecular Sensory Science at the Technical University of Munich has come up with a completely new way to treat wastewater: fuel cells. The “brew cell” enables wastewater to be treated and electricity to be generated at the same time. The process uses exoelectrogenic bacteria to evaluate organic substances in wastewater and to transfer the electrons gained in the process to an electrode. The electrons will then flow through external resistance on their way to a cathode. Under the presence of previously obtained protons (H+), hydrogen is reduced to water. The “brew cell” has already made the jump from the lab. The first pilot unit went into operation at a major German brewer in the fall of 2019. The findings that researchers have gained there will be one of the topics covered at drinktec 2021. Other relevant aspects of water as a resource will be presented first hand to the international brewing, beverage and liquid food industries at the world’s leading trade fair, drinktec, from October 4 – 8, 2021. 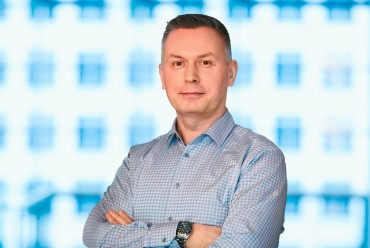